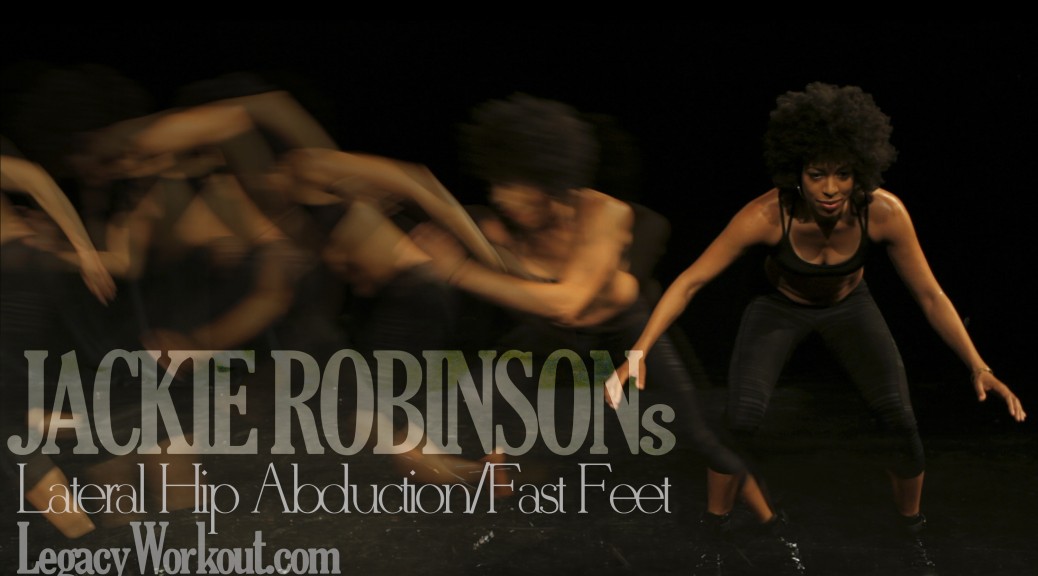 Celebrating it’s 10th year of creatively educating campers ages 8-18, the award-winning Girls Rock! Camp not only provides daily instrument instruction and band practice but also ancillary workshop tracks that allow attendees to engage more intensively with themes central to the organization’s mission. In the Movement & Body Care Track, “we’ll learn how to celebrate our bodies rather than think negatively about them. We’ll practice being active, being whole and caring for ourselves” says Program and Communications Director Gracie Aghapour.

In 2014, on the eve of the 50th Anniversary of the Civil Rights Act of 1964, Andia and Monique created a short film in which each historical character was paired with a physical fitness manifestation. The multidisciplinary project sought to pay homage while educating muscle and mind through kinetic storytelling. Following it’s public debut at the ImageNation Cinema Foundation Belletrix exhibit and New York Women in Film and Television panel discussion, Legacy Workout received acclaim and was featured by Colorlines, xoJane, Well+Good, Daily Burn and Brooklyn Independent Media. Of the work, Oscar nominated Director Ava DuVernay wrote, “Whoa. This is brilliant to me. Will speak to some of us loudly and clearly. Brava!”

Legacy Workout encourages reflection of purpose that celebrates self-care yet simultaneously goes beyond the physical self. “We understand how girls, women (transgender and cisgender) and gender non-binary peoples’ bodies are often undervalued, shamed and targeted. At Girls Rock! Camp, we’re honored to have Andia & Monique offering an empowering and fun way to fight against that” explains Aghapour.

About Willie Mae Rock Camp for Girls Founded in 2004, the non-profit music and mentoring program is named after Willie Mae “Big Mama” Thornton, a blues and rock performer/songwriter who was one of the first women to play the music that came to be known as “rock n’ roll.” The organization brings together girls and women from diverse communities and encourages them to explore self-expression through music, hone their critical thinking skills, build meaningful alliances with other girls and women, develop confidence in making healthy choices in their lives, and effect positive change in their communities and in the world. Willie Mae Rock Camp for Girls operates a summer day camp, after school programs, and community events in New York City. www.williemaerockcamp.org

About Legacy Workout Choreographed in 2014, Legacy Workout is a multidisciplinary fitness, film and education project dedicated to honoring “legacy makers.” Those who used, and continue to use, their physical bodies and bodies of work to address crises, combat injustice and affect global and historic change. It was created by the Founders of The Fit Cycle, a cinematic wellness movement that works to inspire people from all walks of life to live more active and engaged lives. www.LegacyWorkout.com

For inquiries and booking, please contact Press at: TheLegacyWorkout@gmail.com

Warning: count(): Parameter must be an array or an object that implements Countable in /homepages/13/d209756689/htdocs/AndiaWinslow/wordpress/wp-includes/class-wp-comment-query.php on line 399